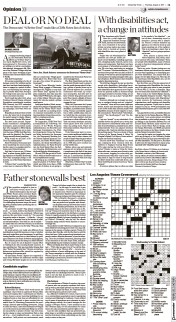 The Americans with Disabilities Act, a civil rights act signed by President George H.W. Bush, just had its anniversary, and I am reminded of the great strides our great nation has taken since 1990 to include all people with disabilities into every…read more…